“It’s not the money…it’s the principal. And interest”.

So a business owner goes to a bank. He tells the banker that he needs to borrow $50,000 for new equipment. The banker says, “I remember you from back in the late ‘80s and you were slow-paying us back during that recession. Why would we loan you money again?” The customer said, “Hey, I paid you back every cent. I could have bailed on you but I didn’t.” The banker says, “Okay, we’ll see. You look like a gambling sort of guy. One of my eyes is made of glass. If you can guess which one I’ll give you the loan.” The customer immediately points to the banker’s left eye and says, “That one.” Surprised, the banker asks how he chose so quickly. The customer says, “I thought I detected a glimmer of warmth in it.”

Banks have image and communication problems that we can quickly help them fix.

A bank manager in the Midwest recently told me she stopped advertising on the radio because she had run out of ideas for commercials. All of her recent efforts had revolved around jokes but she hadn’t heard any good jokes lately so she quit advertising. I’m not kidding. She was terrible about communicating the great things she does for people every single day.

Remember the movie “Meet the Parents?” Remember Robert De Niro’s “Circle of trust?” I believe we have two circles of trust. One would be our friends and relatives and the other would be those professional people who have been in our lives…all of our lives. I’ve had the same doctor for 40 years. Same dentist for 15 years. Same insurance agent for 35 years. I’ve had the same attorney for 15 years. Same HVAC company for 20 years. A banker has now joined my circle. I’d recommend him to anyone.

People like to do business with people they like. My regional banker friend helped me finance the construction of our dream vacation home. The process was seamless and he helped me get exactly what I wanted. He helped me qualify for one of the lowest interest rates in the history of this country with payments we can afford. I couldn’t be happier. I really appreciate my banker and his fine team for their expertise and their willingness to work with us.

I discuss advertising and marketing with regional banks and credit unions across this country. Like other industries, most are brilliant about discovering ways to help individuals and businesses solve financial problems. And like other industries, most of these financial institutions are clueless about how to go about effectively marketing their skills and good work. Why the huge disconnect between financial institutions and the people who need them the most? Because they are oblivious to something I know and they don’t know. I know the best way to create customers for them, and they always need new customers.

The Midwestern bank manager was eager to learn new ways to attract customers. I asked her if it was true that she was an expert in finding ways to solve people’s biggest financial problems. She lit up. She began filling my ears with real examples of how she helps people solve money problems every single day. She was animated as story after story came out, describing real-world problems and how she and her staff come up with creative ways to help consumers get what they want. She was, frankly, fascinating. I loved listening to her. I never thought I’d say that about a banker. But she was very knowledgeable and very passionate about what she does for a living.

Every story was a commercial in itself. In each case, I could take the words that she said…her words…with her passion…and edit them into 30-second ads. No scripts were necessary. Scripts are hard to write because they’re fake. But there was nothing fake about this woman’s real stories. She was so enthusiastic that I knew in my heart that she’s the real deal and I wouldn’t mind having her as an ally, admitting her into my circle of trust.

She also pointed out that because they’re a local bank she can really get to know her customers. And she had quite a bit to say about the differences between her bank and the big banks that created the 2008 financial crisis.

Then she told me that she has dozens upon dozens of customers who wouldn’t think twice about recommending her to others. Imagine all of the commercials we could do. Imagine how the consumers you represent would appreciate all of the good information an enthusiastic banker or a bank’s customers could disseminate on your station. People don’t like being “sold” but they don’t mind being informed. Real speech is natural and gives us a window into the heart and soul of a business. Scripts put up a wall that does not provide consumers with a transparent glimpse into the moral obligation that guides the great things that clients do every day to help consumers.

Banks need to show that they are real human beings when they advertise. We can help them by teaching them how to provide our listeners/viewers with information that they need to know in easily digestible, conversational unscripted “glimmer of warmth” vignettes. 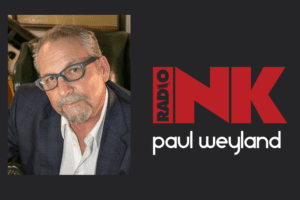